There is an interesting set of buildings along Renfrew Road, beginning at its junction with Kennington Lane.  They reflect a large part of municipal life in the late 1800s

(All these photos are thumbnails and will expand when clicked.)

First, on the right, comes the old fire station, complete with watch tower from where smoke from fires could be spotted in the days before telephones could be used to call for help.  Its arched entrances - now large windows - were once used by horse-drawn fire engines. 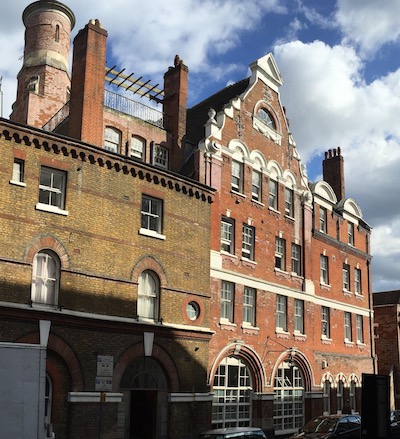 Lambeth Police Station used to be on the opposite side of the road but it was demolished to make way for Gilmour House - initially a 'Section House' for single police officers.

Next on the right is the Lambeth Police Court (it would now be called a Magistrates Court) which is now the Jamyang Buddhist Centre. 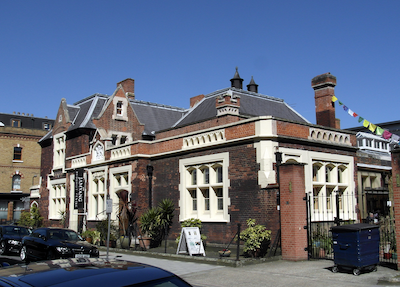 And then we come to what remains of the once-extensive Lambeth Workhouse into which Charlie Chaplin and his family were sometimes placed.  The original Lambeth Hospital (previously the Lambeth Workhouse Infirmary) lay behind the workhouse and subsumed the workhouse buildings in 1922 after the introduction of national assistance and state pensions.   The hospital itself closed in 1976 and the site has been redeveloped, although its prominent water tower has been preserved.

These photos are of the Master's House, to the left, and the administrative building which had a terrace open to the fresh air for the use of patients with tuberculosis (TB).  The infirmary's water tower (now an elegant home) is at the back. 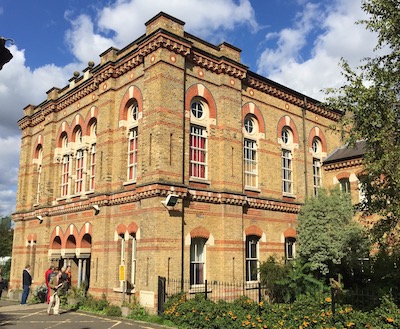 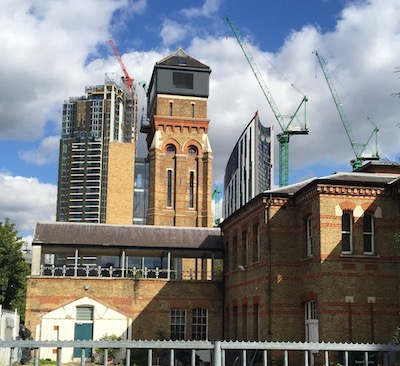 The first floor chapel of the Master's House is now occupied by the Cinema Museum. 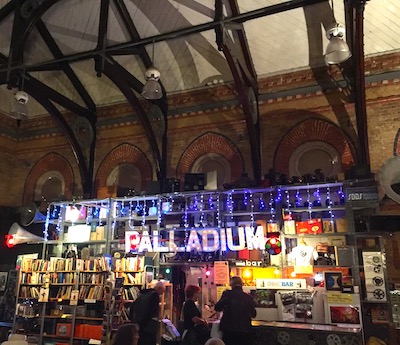