This page mainly contains photos etc. taken around the time that the bus station was built, the gyratory created, and St George Wharf constructed. (Larger versions of the images may be available. If you wish to access them, please click on the images below.)

(I have compiled a photographic record of the post-2012 development of the VNEB area, including artist's impressions and models. Please email me if you would like to inspect it.)

Preliminary work began in 1999 and intensified around the end of 2001 or early 2002. It then continued until at least February 2003 when work had to be completed to facilitate the introduction of London's Congestion Zone, whose toll-free boundary ran through Vauxhall Cross. The bus station was not formally opened until 24 February 2005. Mayor Ken Livingstone officiated. 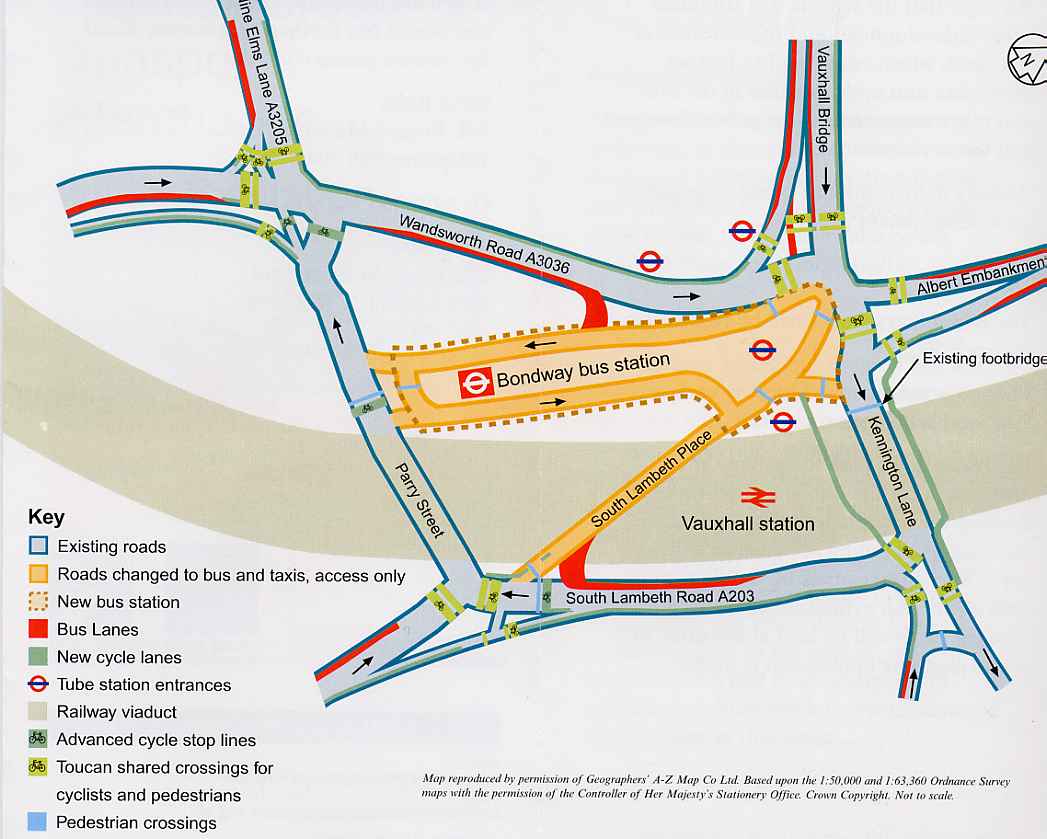 The consequential and long-lasting traffic gridlock was forecast in 1999 and reached its peak in 2002, as is recorded in these South London Press articles: 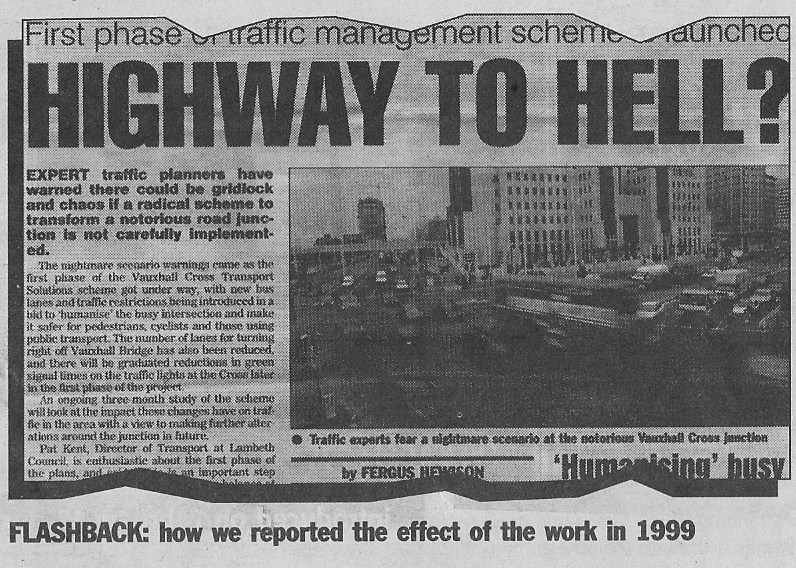 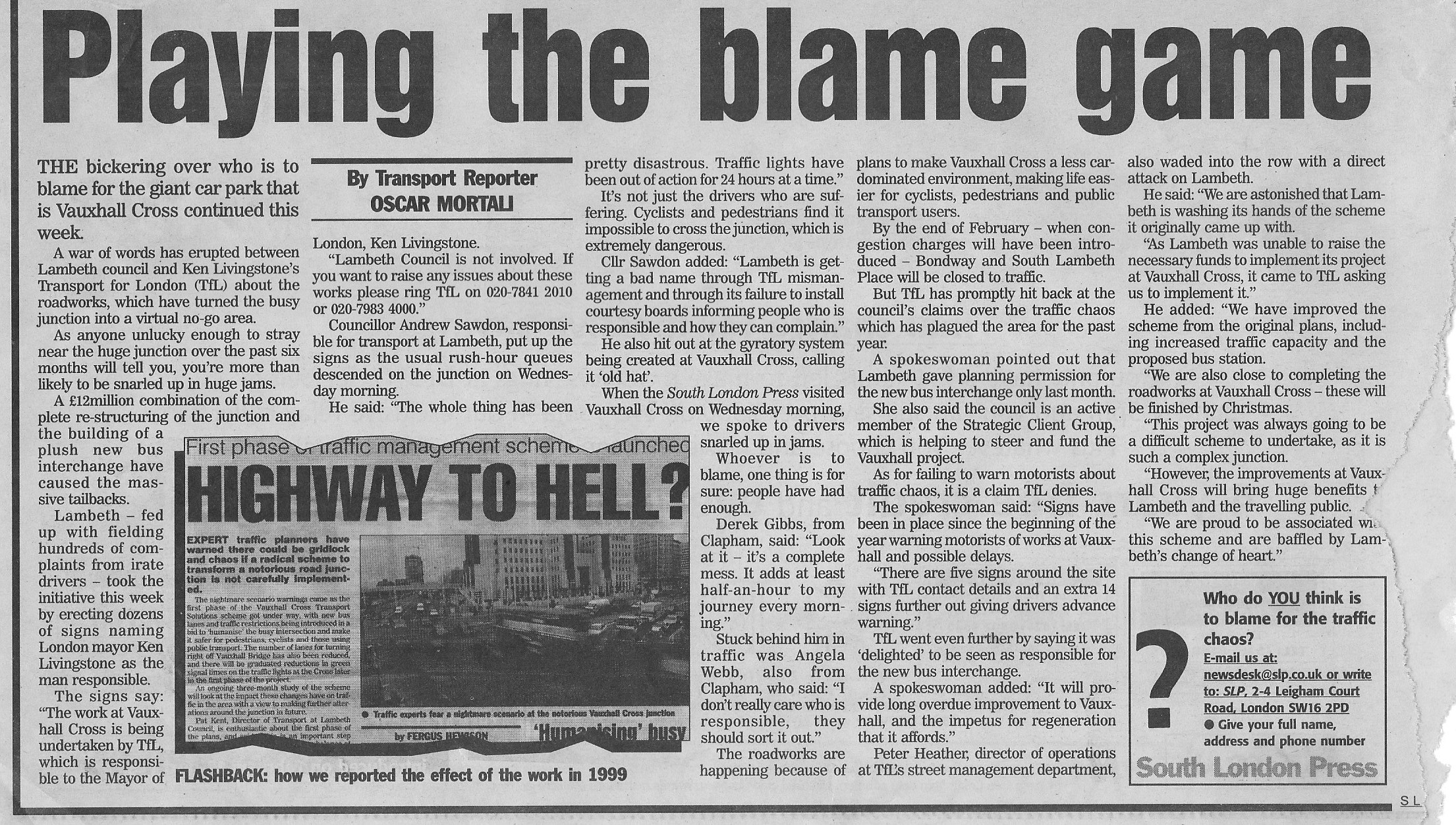 This is a photo of the construction of extensions to St George Wharf. (Photo by Hannah Renier) 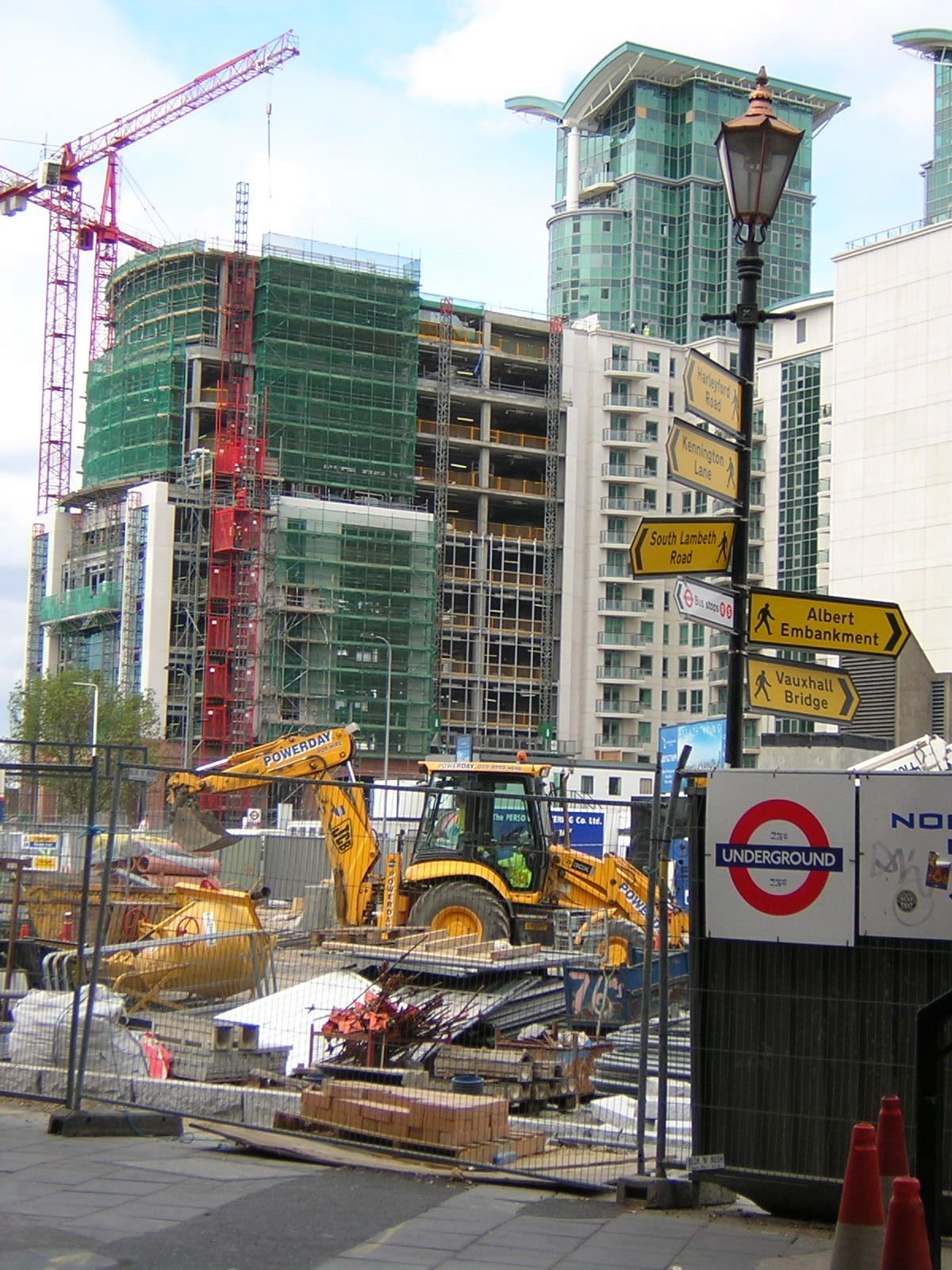 This photo records the construction of Vauxhall Bus Station. It was taken in December 2002 from St George Wharf by Richard Ball. 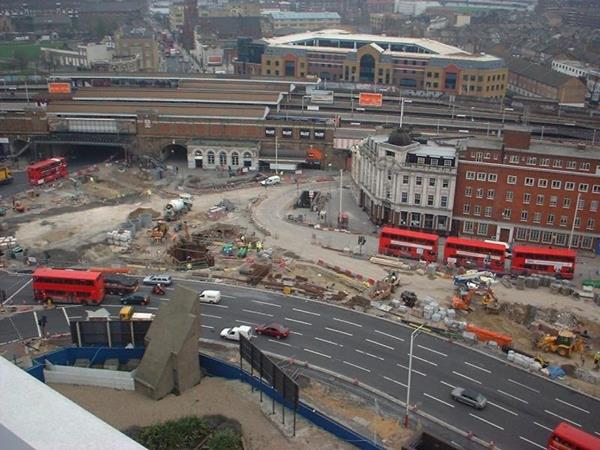 Another view of the construction of Vauxhall Bus Station.

Here is the finished article, before St George Tower was built: 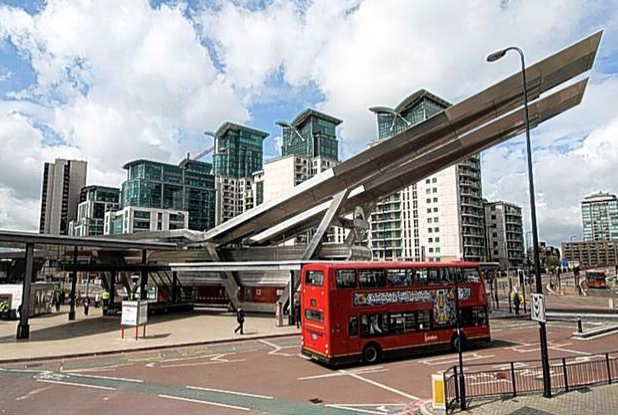 Vauxhall Cross from Market Towers in 2011: 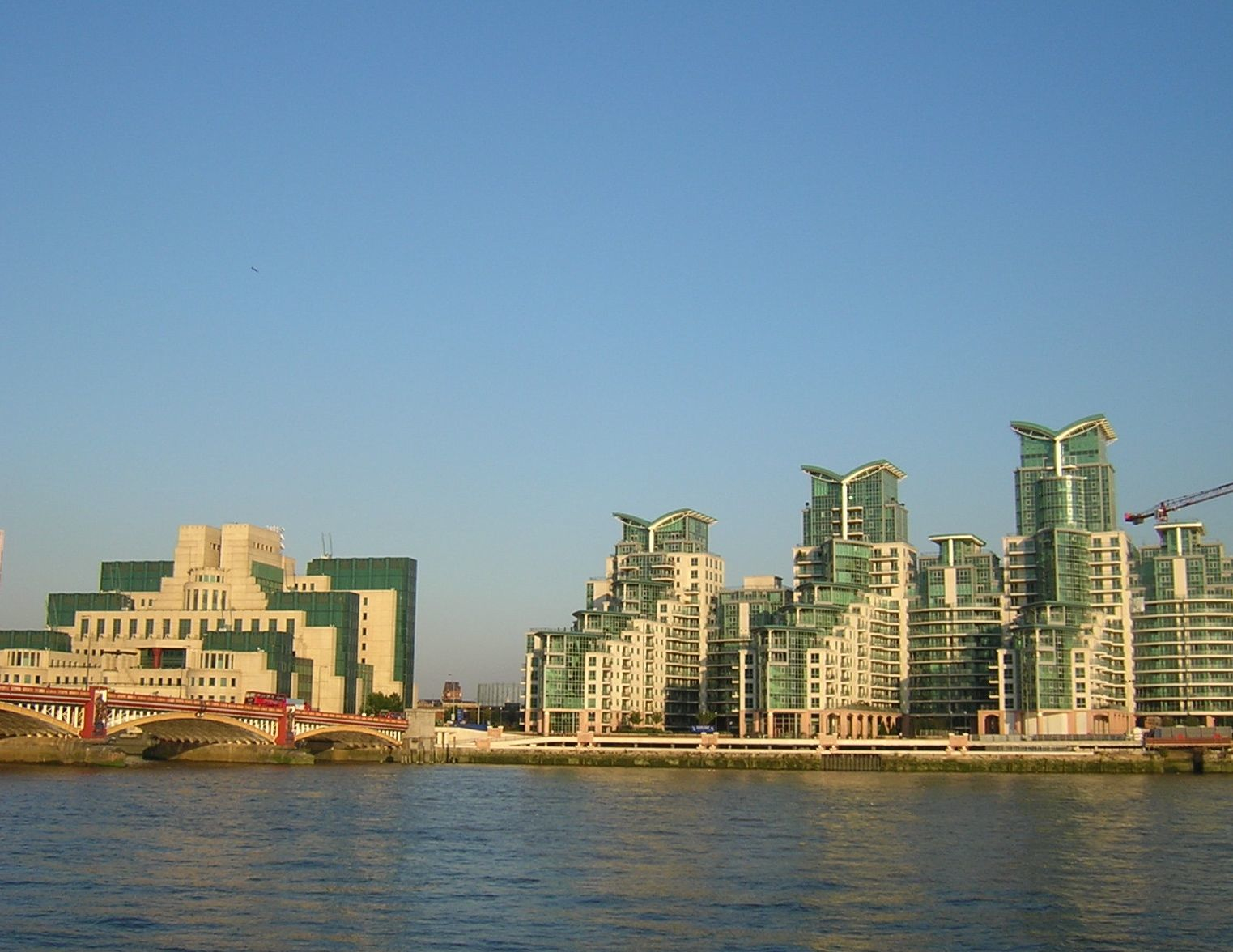 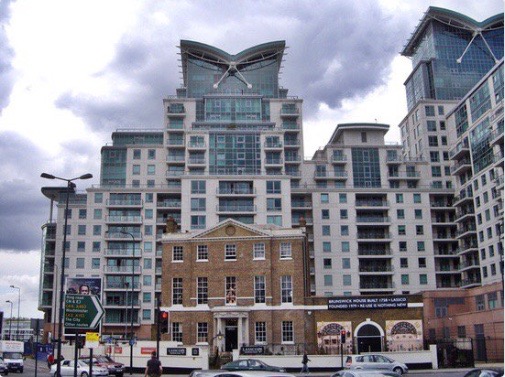 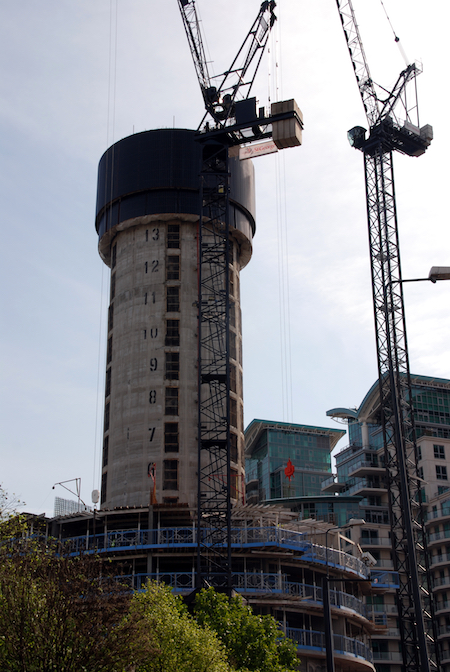 Finally, here is the riverbank upstream from Vauxhall Bridge, after the completion of St George Tower but before the further development of Vauxhall Cross and Nine Elms had begun in earnest.